There is a tendency to equate Chinese production with poor quality items. In the sericulture sector, for example, China is, on the contrary, the country most renowned for the quality of its silk and its know-how acquired over thousands of years.

Silk, a luxury product since its discovery

Lightweight, resistant, naturally soft and shiny, silk has been synonymous with luxury and delight for more than 4000 years.

Discovered in China between 3000 and 2000 BC, silk has remained for millennia a well-kept secret of the Chinese who traded in it without ever revealing its origins.

Initially, silk was the privilege of emperors, then of high dignitaries. It was so precious that it was even used as currency, as diplomatic gifts and offered in exchange for peace in conflicts.

Over the years, silk gained increasing popularity in the West and in foreign countries becoming one of the most sought after fabrics in the world. This craze for silk led to the development of the mythical Silk Road.

In France, sericulture first appeared in the south of the country around the 13th century. It flourished under Henry IV who decided to intensify the planting of white mulberry trees in order to limit the costs of importing silk. In the 16th century, François 1er made Lyon a high place of silk by giving the city a monopoly on the import and production of silk. Ideally located, the city enjoys its proximity to Italy, the main supplier of silkworms, and the reputation of its fairs which attract fabric merchants.

It was in the 19th century that sericulture reached its peak. But the production of silk suffers a hard blow following several diseases which decimated the silkworm farms. The industry is recovering, but the development of synthetic and artificial textiles as well as global economic competition are greatly weakening the sector.

Today, there are very few silk producers and manufacturers left in France. The latter operate mainly in the luxury sector.

China is the world's leading producer of silk. Chinese silk is also very famous because its weaving as well as its transformation into textile products require a skilled workforce. Indeed, silk is an extremely precious and fragile fiber which requires a lot of delicacy. Many steps in the tailoring process are always done by hand. It is a true work of goldsmith which requires time and patience.

Where are Maison de la Soie products made?

Our bedding, bed linen and silk accessories are made in Suzhou, the Chinese city that has produced the most beautiful and luxurious silk for millennia, mulberry silk. Sometimes nicknamed "The Venice of the East" because of its many canals, Suzhou is also known as the capital of silk. Since 2010, we have carefully selected all our partners whose work we regularly check. The quality of our products as well as their labeling are essential. Also, you will find on each product an Oeko-Tex certification number, the authenticity of which you can check on the label's website.

Buying from Maison de la Soie rather than from a foreign eshop is the assurance of quality products thanks to our very strict specifications, it is also the guarantee for the customer to have a 100% certified product. silk, made in decent conditions and it is the possibility of having customer service, offices and a warehouse based in France.

Beware of small eshops that do not necessarily control their suppliers or do dropshipping without any product traceability. 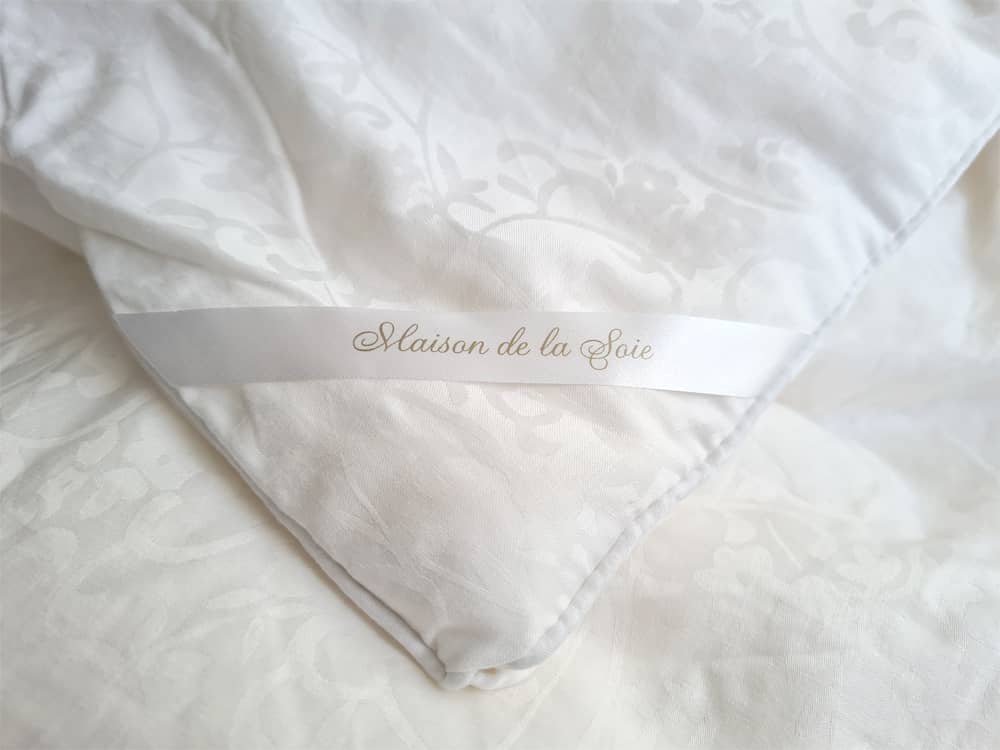 For more than 10 years, we have sought to enrich our catalog to meet all needs and all budgets.

We are actively looking for a workshop to manufacture products in France, but so far we have not found the ideal partner to offer you Made in France silk with impeccable quality and an attractive price.